The insurance Act came into effect on the 12 August 2016

After 110 years of the Marine Insurance Act 1906, commercial law has significantly change from the 12th August 2016. After an eight year consultation and review, the recommendations of the UK Law Commissions were accepted by the government and form the basis of the new law. The law is designed to cope with a more complex world of today and makes specific provisions for the impact of IT. The legislation is seeking to create a new and fairer balance between policyholder and insurer.

The new Act will have a significant impact on how policies are approached, creating new duties for insurers, policyholders and brokers to comply with. The Act deals with:

How the Act applies:

The Duty of Fair Presentation

The Act brings much-needed clarity around what information a purchaser of insurance has to provide to the insurer, which of their staff is responsible for doing this and to whom they have to provide it.

The new duty is now described as a ‘duty of fair presentation’, effectively requiring non-consumer policyholders to undertake a reasonable search of information available to them, and defining what a policyholder knows or ought to know.

It is important to note that ‘entering into an insurance contract’ includes not only the main policy and each renewal of it, but any variations or amendments. Each time a contract is varied, the duty arises afresh in relation to that variation.

What is Fair Presentation?

A fair presentation of the risk is one that meets the following criteria:

The Law Commissions were critical of the practice of unnecessarily complex presentations and ‘data dumping’, where important information could be hidden within a mass of other material. This results in the requirement that, disclosure must be ‘in a manner which would be reasonably clear and accessible to a prudent underwriter’ (section 3(3)(b) of the Act).

What does the insured know?

The law has always, as a matter of fairness, determined that an insured knows not only what it actually knows but also information to which it has knowingly turned a blind eye (i.e. not enquiring because the insured knows the answer will be damaging). The insured is also taken to have known what it ought to know and this idea is developed by the Act.

Whose knowledge is relevant?

In a large corporate entity, whose knowledge counts? Under the Act, when deciding what an insured knows, what matters is the knowledge of senior management (which will include the board of directors, but also those who play significant roles in the making of decisions about how the insured’s activities are to be managed or organised) and of those responsible for arranging the insurance.

It is not necessary to disclose matters of which the insurer is already aware or is deemed to be aware, nor any matter which diminishes the risk. The Act creates a positive duty of inquiry for the insurer. Clause 5(2) sets out two types of information which an insurer ‘ought to know’ and is therefore deemed to know: · The first, in clause 5(2)(a), is information which an employee or agent of the insurer knows and ought reasonably to have passed on to the underwriter. This is intended to include, for example, information held by the claims department or reports produced by surveyors or medical experts for the purpose of assessing the risk.

For example, an insured deliberately conceals known and material information from its presentation of the risk and does not even provide sufficient information to put the insurer on enquiry, making it an unfair presentation. This entitles avoidance but with no obligation to return premium.

Proportionate Remedies: non-deliberate or non-reckless breaches
In all other cases (even where the insured has made an innocent mistake), the following proportionate remedies will apply, all being based on what the insurer would have done had it known the true facts:

Under the current law, breach of a warranty in an insurance contract automatically discharges the insurer from liability completely from that point onwards, even if the breach is remedied.

An insurer may avoid liability even if the breached term was entirely unrelated to the type of loss occurring which was actually suffered (for example, a warranty to maintain a working burglar alarm would be unconnected with a flood to the insured premises caused by extreme weather conditions).

Under the new Act breaches of warranty can be cured; all warranties will become ‘suspensive conditions’ (section 10 of the Act). This means that cover is suspended for the period during which the warranty is not complied with. Furthermore, this means that an insurer will be liable for losses that take place after a breach of warranty has been remedied, assuming that a remedy is possible.

Abolition of “basis of contract” clause

Basis of the contract clauses will be prohibited and it will not be possible for business insurers to contract out of this particular change (section 9 of the Act).

These clauses purport to have the effect of converting pre-contractual information supplied to insurers into warranties. Thus any provision in a proposal form which purports to convert answers in the proposal into a warranty will be ineffective.

The Act provides the insurer with clear statutory remedies when a policyholder submits a fraudulent claim. If a claim is tainted by fraud, the policyholder forfeits the whole claim, they cannot recover the part of the claim that would genuinely have been payable.

The Act also provides that the insurer may refuse any claim arising after the fraudulent act and can serve notice that it is treating the contract as terminated from the date the offence was committed. However, previous valid claims arising prior to the fraudulent act are unaffected.

The insurer need not return premium following notice of termination based upon the submission of a fraudulent claim.

Where this happens, the insurer will have a remedy against the fraudulent member but it will not affect the other members or the insurance policy as a whole – cover will remain in place for the other ‘innocent’ beneficiaries. If an insurer wants to contract out of this provision, it must comply with the transparency requirements to bring that to the attention of the group company beneficiaries.

The Act removes the remedy of avoidance of the contract for breach of the duty of good faith in section 17 of the 1906 Marine Insurance Act (which applies to all types of insurance, marine or not), and any equivalent common law rule. See above for the replacement remedies for qualifying breaches.

For non-consumer insurance, the provisions of the Act are intended to provide default rules. However, parties are free to agree contract terms which are less favourable than those in the Act, provided that the insurer satisfies two transparency requirements. This ability to contract out is not true of consumer insurance contracts. An insurer will not be able to use a contractual term to put a consumer in a worse position than they would be in under the terms of the Act.

The Act provides a new framework for business insurance contracts and as with all new legislation it will be for the Courts to interpret the new law.

While it is likely that a period of uncertainty will ensue after implementation of the new law, it does appear that the Act goes some way to redressing the imbalance under the current law between the interests of the insured and insurers. 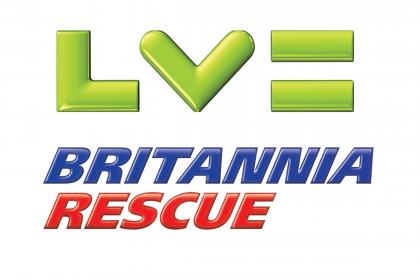 Authorised & Regulated by the Financial Conduct Authority - Reference No. 310789